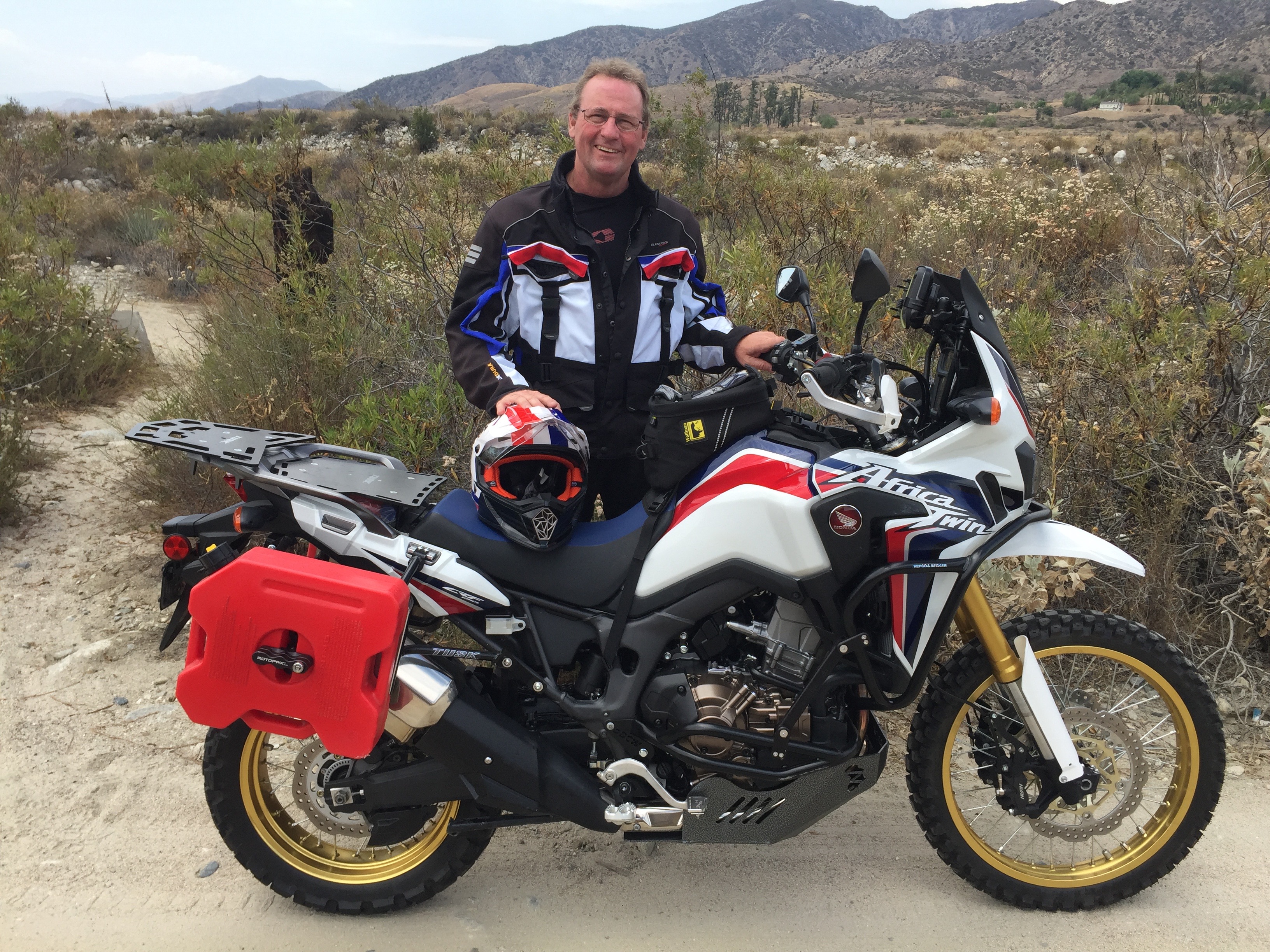 I’ve been riding for over 50 years and like most riders I wear a helmet. I recognize I may spend several hundred dollars on an item that can be destroyed doing what it is designed to do. Having destroyed several helmets in my lifetime I have determined it is money well spent.

The same applied to crash bars and skid plates for my off-road bikes. This particular bike is a Honda Africa Twin DCT. I bought this bike because I have had most of my left foot surgically amputated and I thought the automatic transmission might be a requirement in the future.

You only have to go to YouTube and watch a few Africa Twin videos to see how much damage even a small drop can do to an Africa Twin engine, so clearly protection is needed. I researched protection and determined BDCW made the best based on the research and personal experience with their products on my 2016 KTM 1190 Adventure R.

I purchased the complete set including upper bars, lower bars, connecting links, and skid plate. Elsewhere you will find an account of taking the bike to Death Valley and dropping it five times with absolutely no damage to the bike and only scratches to the bars and pan.

A few weeks later I was experimenting with a new tire combination which worked very poorly with the DCT. During this ride the back slid out, hooked up and propelled me at moderate speed off the fire road and into a large pile of boulders. The bike hit the boulders hard and fell over on its left side. The vast majority of the impact was transmitted from a rock with a sharp 90-degree corner into the upper and lower left side crash bars. With the help of a passing Jeep driver we were able to extract the bike from the boulder pile and right it. There was absolutely no mechanical damage, so I was able to continue on the trip of about 20 dirt miles to get to the paved road. 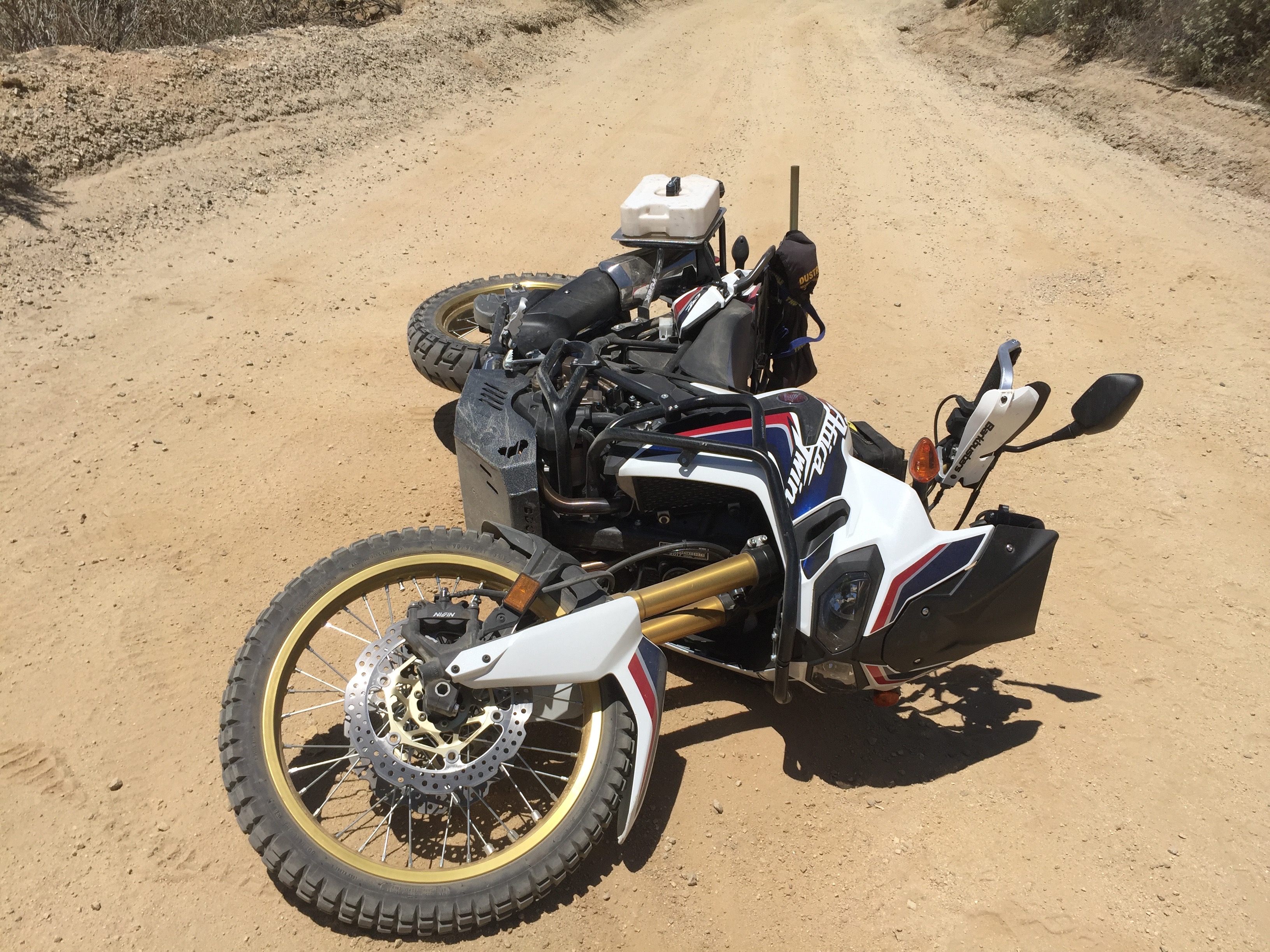 About a mile from the paved road I was doing about 25 mph when with no warning the bike swapped ends and threw me off. The bike hit the ground going downhill and came to rest on its left side pointing uphill. Even though the left side crash bars were severely compromised from the previous crash there was no mechanical damage.

Back at my garage I tore the bike apart to check the damage. The severe impact had torn apart the left upper crash bar and the lower bar was bent up about two inches. The left fairing was crushed, and the front fender had some damage. The pannier racks were deformed and in need of replacement. There was also a small dent in the tank I think happened when the bike fell over in the boulders

With everything disassembled I found no mechanical damage. There was not so much as a scratch on the engine or frame. The bars had been sacrificed but the bike never broke, and I was able to ride out.

I bought a new fairing and installed a high fender kit. The BDCW protection worked so well I immediately bought new upper and lower crash bars and installed them. I will never go off road without them. Sure, it was about $600, about the price of a good helmet. And like a good helmet the bars are designed to be sacrificed to protect.

If I had not had the BDCW protection the scenario would have been something like this: I still would have crashed and destroyed a fairing and front fender and dented the tank. The rock edge that struck the bars would have crashed directly into the engine case at the base of the left cylinder. It would have at least cracked the case and probably holed it. I then would have had to get the bike and me extracted from the remote location.

I checked Honda and found the case alone is around $2,160. That was the case alone without a gasket kit. Add that to labor to remove and rebuild the engine with a new case and repair any other damage and conservatively I would have paid at least $5,000 to repair the engine alone. I still would have had to do the body panel, fender, and pannier racks. I would be a fool if I did not armor up the bike properly before going off road, so I still would have bought the complete BDCW crash bar and skid pan set up.

Crash bars and helmets are initially expensive for items that will be destroyed if they are ever really needed. To have my head in tact or to avoid serious and expensive mechanical damage, and a long walk home, the investment is totally worth it.